I found a very interesting article in the Saturday, 13 December 2008 New York Times of how the Obama’s and their close friends plan to stay in touch while he is in office in Washington D.C. What I found very interesting is the support their friends have demonstrated to Barack Obama’s political aspirations. I know how important friendships are to personal development and growth of individuals, so it really warmed my heart to read the story.

Here is one of many friendship theories to consider. Stimulus-Value-Role Model. We select our friends and close partners through a three-stage model, filtering out those who do not fit at each stage. All elements may well be important throughout the relationship, but their relative importance changes. In the stimulus stage, we evaluate the other person in terms of physical attributes. We are generally attracted to people of a similar age, appearance and ethnicity. In the value stage, we compare their values with ours and decide whether we are sufficiently compatible to continue the relationship. In particular, we look at attitudes towards religion, sex, careers, families and gender differences. In the role stage, we share out the activities to build a working relationship. It helps if preferences for these are complementary (you do this and I’ll do that), although role attitudes need to be similar. – Murstein (1970)

I have been blessed with a group of great friends…I don’t know how? (smile)….when at times I can be aloof and tremendously focused at other times…but I’ve been successful at keeping my friends close to my heart for many over the years…We host a Girl’s Night Out in the Spring, Summer and Holiday seasons of each year and I do not miss our get-togethers for the world!….I look forward to expanding the commitment to family gatherings…That is of course, when I get married and have children. At one time we did host a vacation get-together every 5 years; however that has lost steam of over time.

Here is a look at the Obama’s close friends. Last Sunday night, President-elect Barack Obama’s three closest friends — Valerie Jarrett, Martin Nesbitt and Dr. Eric Whitaker — sat down in the study of Mr. Nesbitt’s house in Chicago for one of their increasingly frequent heart-to-hearts.

They were puzzling over a new question: how the Obamas, who hope to remain close to their Chicago friends, will spend time with them while living in the isolation chamber of the White House. Over Diet Cokes, the three drafted the beginnings of an elaborate visiting schedule that will bring Hyde Park to Washington, so the nation’s new first family can have a little taste of home.

In the presidential campaign, the Obamas had a “no new friends” rule, surrounding themselves with a coterie of familiar faces. Even if the Obamas lift that rule in Washington, newcomers are unlikely to replicate the intensity of this group’s ties, formed over more than a decade by births and deaths, Scrabble games, barbecues and vacations, but also by shared beliefs about race, success and responsibility. 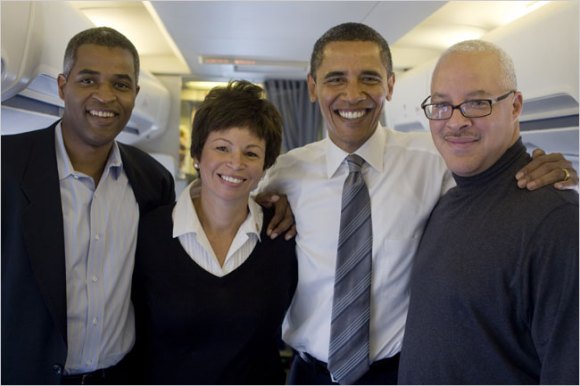 Back when the Obamas were hardly the most prominent members of the group, the doctors, lawyers and businessmen from Chicago became not just one another’s friends but also one another’s supporters, forming a network that eventually helped the politician among them on his way to a Senate seat and then the presidency. Their bonds grew only tighter in the long slog of the campaign.

“We knew Barack running for president would be hard on him and Michelle, but we didn’t realize the impact it would have on us,” said Dr. Whitaker, speaking of the frenetic travel schedule he and other friends maintained to keep Mr. Obama company, the scrutiny they endured and the sometimes disconcerting way that proximity to the Obamas affected their own relationships and careers. 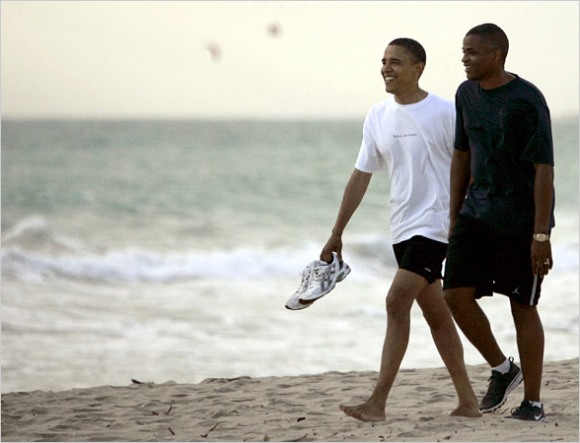 The best way to destroy an enemy is to make him a friend.
Abraham Lincoln

Bite size thoughts for you to re-act to

Digging in the crates

You get a gold star!